The desiccation of the Aral Sea is a momentuos blow to nature, caused by man a greedy use of limited water resources in Cenral Asia. The Swedish Aral Sea Society (SASS) is working to disseminate information about the Aral Sea and the environmental disaster and to promote democracy and development in the area.

Today the lake is divided into several smaller lakes. Only the northernmost "Lesser Aral Sea" now has water inflow and can again produce fish. The other lakes have such a high salt content that they cannot contain any life. The situation for the people and animal species that live around the former Aral Sea shores is getting worse. Many of us have seen the strange and scary pictures of big fishing boats that have stranded and remained in a huge sand desert. The human tragedies that follow in the wake of the disaster have not been shown as clearly. Unemployment, poverty and disease have taken over in the former booming coastal landscapes. Large amounts of dried salt, fertilizer and pesticides that have accumulated over several decades today are spreading with the wind and thus poisoning the soil, the air and the groundwater. Fishing has disappeared, factories have been shut down, schools and health care have been depleted.

We do not yet know the full range of damages to the ecosystem or the effects they have on food, drinking water and the spread of diseases that follow in the path of poverty and environmental degradation. Women and children are hardest hit. Child mortality is among the highest in the former Soviet Union. Few children are born today completely healthy and well-made. Virtually all toddlers are anemic. Anemia is also common in pregnant women and therefore childbirth is often complicated.

For All Aral Sea Enthusiasts!

Melting Glaciers in Central Asia. An overview by Bo Libert.

If you want to join or renew your membership now is the time. You do this by depositing SEK 200 on the Swedish Plusgiro 354165-3. Don't forget to write your name and email address on the invoice! 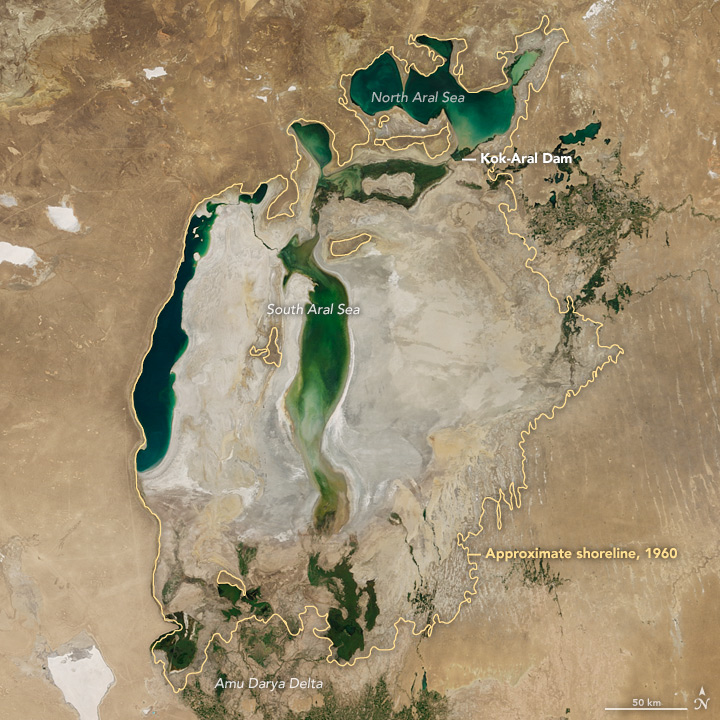 This master level course is developed and held by the Swedish Aral Sea Society in cooperation with several Uzbek universities with the Karakalpak State University in Nukus responsible for coordination on the Uzbek side. It is conducted online from February to May 2022.